Here is the promised list of "still missing" issues from our

These are the individual copies we do not have in our collection:

We are pleased that we have every issue

If you have and wish to donate any of these missing issues, please contact Cathy at the Museum Library (Wed or Thur) 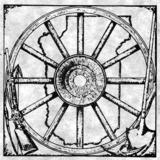 From time to time our three museums make changes in their displays, or plan special events...maybe we'll post an old story or two for you.